Great Basses and the People Who Play Them

Home / Free Resources / Great Basses and the People Who Play Them

Bass Legends and Their Preferred Basses

To the uninformed, the bass guitar may not seem as important as the other instruments in the band. But the bass serves a crucial function as the link between the melody and the rhythm of a song. Think of your favorite song, and then imagine it without the bass line holding it all together. It simply wouldn’t be as good.

Although there are many good bassists, some stand above the crowd and have become true bass masters. It may be surprising to you, but the vast majority of these well-known professional bassists use one of only a handful of models. Here, we will review some of the best-known basses and the musicians who use (or have used) them. 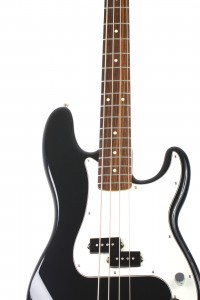 This is the granddaddy of them all. Developed in 1950 by Leo Fender, this was the first successful mass-produced bass guitar. Most models have a single split-coil pickup and a tone switch. This has been the go-to bass for many of the most renowned bassists, so this is a relatively tiny list of players:

Spurred on by the success of the “P-Bass”, Fender introduced the Jazz Bass in 1960. It has a wider harmonic range due to having 2 pickups (more on some models). It has a slimmer, easier-to-play neck. Despite its name, the Jazz is used by musicians of all genres, including the following:

The sibling to the Firebird guitar, Gibson introduced the Thunderbird in 1963 and has been manufactured on and off ever since. Its high-output sound and distinctive design have made it the bass of choice for many rock musicians. Here are some of them:

The EB-3 was introduced by Gibson in 1963 and discontinued in 1979. A replica model is currently available from their sister brand Epiphone, and Gibson currently makes the similar SG Bass. They have a body similar to their iconic SG guitar, most are short scale, and they have 2 pickups and four tone switches. Here are some of the best known players:

After leaving the company bearing his name, Leo Fender co-founded Music Man. They developed the Stingray and Bongo basses. These well-made basses are renowned for their deep, resonant tone, Notable Music Man bassists include:

These bass models are among the best, but this article only scratches the surface of what is available out there. Drop by a music store today and find the bass that will make you a legend.